Telling your family that you're HIV positive - guest post

This guest post is from a freelance health and wellness writer in Los Angeles, Virginia Cunningham, who contacted me the other week about possibly doing a guest post for the blog. She decided to do one about HIV disclosure to your family, certainly a big issue. Sometimes it doesn't go so well, although in my experience with my brothers and sisters (both parents died long ago) once they've got past the shock their concern has been for my well being. That's better than what some people go through; issues of judgement and ignorance from those being told. I heard of one case where the guy told his mother, who proceeded to start screaming and going hysterical :s Not exactly the best case scenario.... Anyway here's the article written:

Telling Your Family that You're HIV-Positive

Learning that you have HIV is difficult enough, but the pain of telling your family can add another layer to the complications. Of course, the degree of difficulty in telling one’s family varies from person to person; family to family. Here are some things to consider in deciding whether to break the news to your family, how to tell them and how much you should reveal. 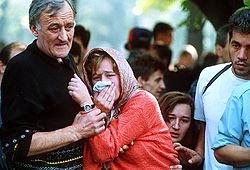 Benefits of being open with family about HIV

No matter how your relationship with your family members is defined, letting them know you have HIV won’t be easy. Given that the disease is acquired through means that are highly taboo to some people, an admission of having it is almost certain to raise questions: “Were you having unprotected sex? And with whom? Were you sharing needles?”

As potentially uncomfortable as such implications may be, being open presents some potential advantages. Most importantly, you stand to gain the powerful support that family can provide, a considerable thing to take into account should the virus begin to truly compromise your health.

Similarly, the stress of keeping such a major secret is likely to take a toll on you mentally, emotionally and perhaps even physically. Should your well-being ever approach critically low levels, waiting until late stages may only stoke the levels of pain.

Finally, being honest with loved ones can be a benefit to others by preventing misinformation about HIV.


Whatever the advantages of being candid, this is a decision that should be given a significant waiting period during which you weigh every conceivable pro and con. Some essential things to consider:

●     What are my reasons for telling my family?  What do you hope to get from the revelation? If you became HIV positive from behavior you have not been truthful with your family about, this may be a complex issue. For instance, if you’ve contracted HIV from a relationship your family knows nothing of, your reasons for honesty may serve to broach a larger issue you’ve been avoiding.


●     What do I really know about HIV? In breaking the news, it’s a good idea to arm yourself with the most accurate facts on HIV. Is there HIV medication that can help you? Get such info through research, videos or even a class.


●     How will they handle it?  Especially if you’re revealing (directly or indirectly) additional information, such as sexual lifestyle or drug use, you will want to think about what the results may be. Are they likely to blame your disease on you? Or,might this be an opportunity to strengthen your bonds? It’s important to imagine not only the best case you might hope for, but also the worst.


●     How will I handle it? In any case, you should probably arrange to visit someone you completely trust or a professional caregiver after you’ve planned to tell your family. Should things not go as well as you’d like, it’s essential to have support in the aftermath. One way or another, you will have to accept the reality of their reaction.

As for actually breaking the news, there is no way to make it easy and your approach should be gauged by your existing relationship. For example, if your connection with certain family members is so volatile that you anticipate the possibility of violent outbursts, strongly consider making the admission over the phone.


Conversely, if your confession is only to register as a revelation of a medical fact—that is, your family is not likely to pass any moral judgment—you may want to think about the things you’ll say to comfort them.


Under any circumstances, telling your loved ones you are HIV positive should not be done in total isolation. Be sure that you’ve discussed the matter with others who already know the truth, whether they are personal or professional connections. With the right support, it might be much better than you think.

Virginia Cunningham is a freelance health and wellness writer from Los Angeles. As a mother of a child with special needs, she understands how difficult it may be to break life-altering news to one’s family.