It's one year since my mental collapse started.

It was Easter Friday. The last thing I remember before the episode began is walking back from the pub after only 4 beers. Don't remember getting home, and just a few brief memories between about 3pm and 11pm. Very sketchy. Vaguely recall walking around the house just not being able to stop crying.

The consensus afterwards by the brainologists was that the memory loss was either caused by "dissociation", or by the emotional experience itself being so intense and severe as to become a traumatic event, thereby having a similar effect on the memory as other traumas (such as car accidents for example) where people lose memory of the incident. I'm still not sure which one of these it was, or if it was some of each. They both make sense. This explains very well how dissociation is a defence of the mind:

According to Cameron (1963), one of the main strivings of the human psychodynamic system is to maintain organisation and avoid disintegration. Defences are those mental and behavioural activities that protect the system from threats to this organisation such as overwhelming, conflicting and intolerable emotions. Simply stated, the purpose of a defence is to protect the individual by helping them avoid or manage these threats (McWilliams, 1994)
http://74.125.153.132/search?q=cache:d2CMd9t6W4QJ:arts.monash.edu.au/behaviour/dissociation/whatisdiss.pdf+Psychiatry+dissociation+definition&cd=3&hl=en&ct=clnk≷=au

Whatever the case, it was after that that suicide became a very real option for me. To lose 8 hours or so from emotional trauma, gave quite an insight to the strength of what I was up against.

I can't even describe what the emotional pain was like back then. After years of major traumatic life events it had all come to a head. And my head apparently broke! I entered a world far apart from others. Beyond even what some professionals could understand. Constantly reliving events from the past. Reliving the pain. To cry was the worst thing to happen as it didn't help, all it did was throw me into the pain and make me feel it again. There was no bottom to it. A crying episode would simply access this pain, and I may spend an hour as waves of it hit me, unable to stop it. Pain beyond tears, that came from deep within. Almost like some kind of primordial scream inside. Pain beyond words. Pain very few in this life have ever experienced. This was the pain that I experienced that day.

All I wanted was for the pain to stop. To be free of it. There seemed no escape. Trapped in a terrible nightmare. It was beyond me to live with such a level of pain as this. I happily thought of suicide as the only escape. There seemed no other options. I am here today only because I got help by people who actually understood where I was at, and was given alternatives to suicide that helped me to separate myself from that pain. I don't think anyone really wants to kill themselves if they have a choice like that, but without those alternatives the pain leaves you with no choice. It is impossible for someone to live hurting like that for any great length of time.

Needless to say, there was no magic wand. Progress was slow and difficult. At times one step forward and two back. There were people however who went beyond the call and were there for me. I continued feeling very suicidal for 6 months or so, and it was the end of the year before I felt like things weren't still toppling over in my head.

But I survived. Got to the end of the year. It was a rough journey, but the year ended with hope. Perhaps one day I can fly again..... 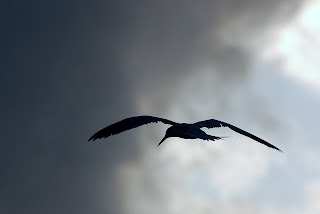