It's looking very much like gay independent Kerryn Phelps will tomorrow win the seat of Wentworth in the by election; forced by Malcolm Turnbull after he was booted from the prime minstership and left politics. This is because Phelps will get Labor preferences if she comes second putting her over the line and denying Liberal candidate Sharma the seat. If she does win the gov will lose it's majority in the House of Representatives and have to rely on cross-benchers for supply. A very tenuous situation indeed, particularly so as the federal election has to be called in about 6 months at the latest. 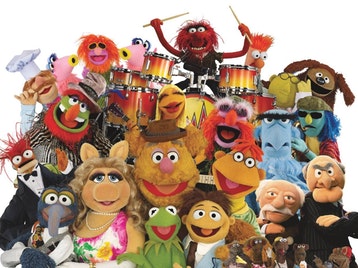 The Liberals are absolutely panicking. They've even dug up the fossil John Howard to campaign in Wentworth; Mr WorkChoices who's departure from Canberra was when he  lost a federal election and his own seat in 2007. Meanwhile the Mad Morrison gov is blundering along at a rate of knots, falling over it's own feet just about every single day to the lead up. In fact the National party is even considering having it's own leadership spill shortly to bring back the vile Barnaby Joyce *faints*

There has been a number of dirty tricks pulled during the campaign. Of course the Liberals deny any involvement at all.... But the one that has shocked everyone is an email that was sent to heaps of people saying Phelps was pulling out of the race as she was diagnosed with HIV the day before. She is neither HIV+ or pulling out of the race. If not for one of the email recipients informing the Phelps campaign of this it may very well have gone unnoticed and unreported by the media, the truth only being found out after election day.

This is wrong on so many levels I barely know where to start.

My first reaction was so what if she did have HIV anyway? And then I realised the stigma involved in using HIV as a smear against a political opponent. The email was assuming that being diagnosed with HIV supposedly meant having to drop out of life or something.The inference being that it was still a death sentence and you had to put your life in order as you'd eventually die of the disease.

On a wider scale it was stoking the fires of HIV stigma in the community. To this day there's still a huge amount of ignorance against HIV even amongst progressive Australians such as in the seat of Wentworth. People still think an HIV diagnosis means you're going to die a terrible death in the not so distant future. This email, instead of educating people about the reality of living with HIV today, built on that stigma and reinforced it. How could one vote for someone who's got a fatal disease?

People in Australia have worked long and hard to address the problem of HIV stigma here, Kerryn Phelps among them. With the Wentworth by-election gaining national attention (for it's implications in Canberra) it's appalling this stigma dog whistle has been thrust onto the national stage.

To his credit, even Sharma condemned it.


An email falsely claiming independent candidate Dr Kerryn Phelps has pulled out of the Wentworth by-election because she has HIV has emerged, in what the candidate says is just one of the "dirty tricks" being deployed in the campaign.


The email, obtained by the ABC, was sent to hundreds of constituents and organisations from a fake address on Sunday and urges recipients to divert their vote to Liberal candidate Dave Sharma.


The ABC does not suggest Mr Sharma or anyone involved with his campaign was behind the email.


Dr Phelps said it was the latest tactic in a campaign being waged against her.


She told the ABC the email was "shocking and disturbing".


"When I went into this campaign people warned me that there would be dirty tricks, but this is next level," Dr Phelps said.


The email said Dr Phelps was no longer running for Wentworth.