Portrait of Diana painted with HIV+ blood, to combat stigma 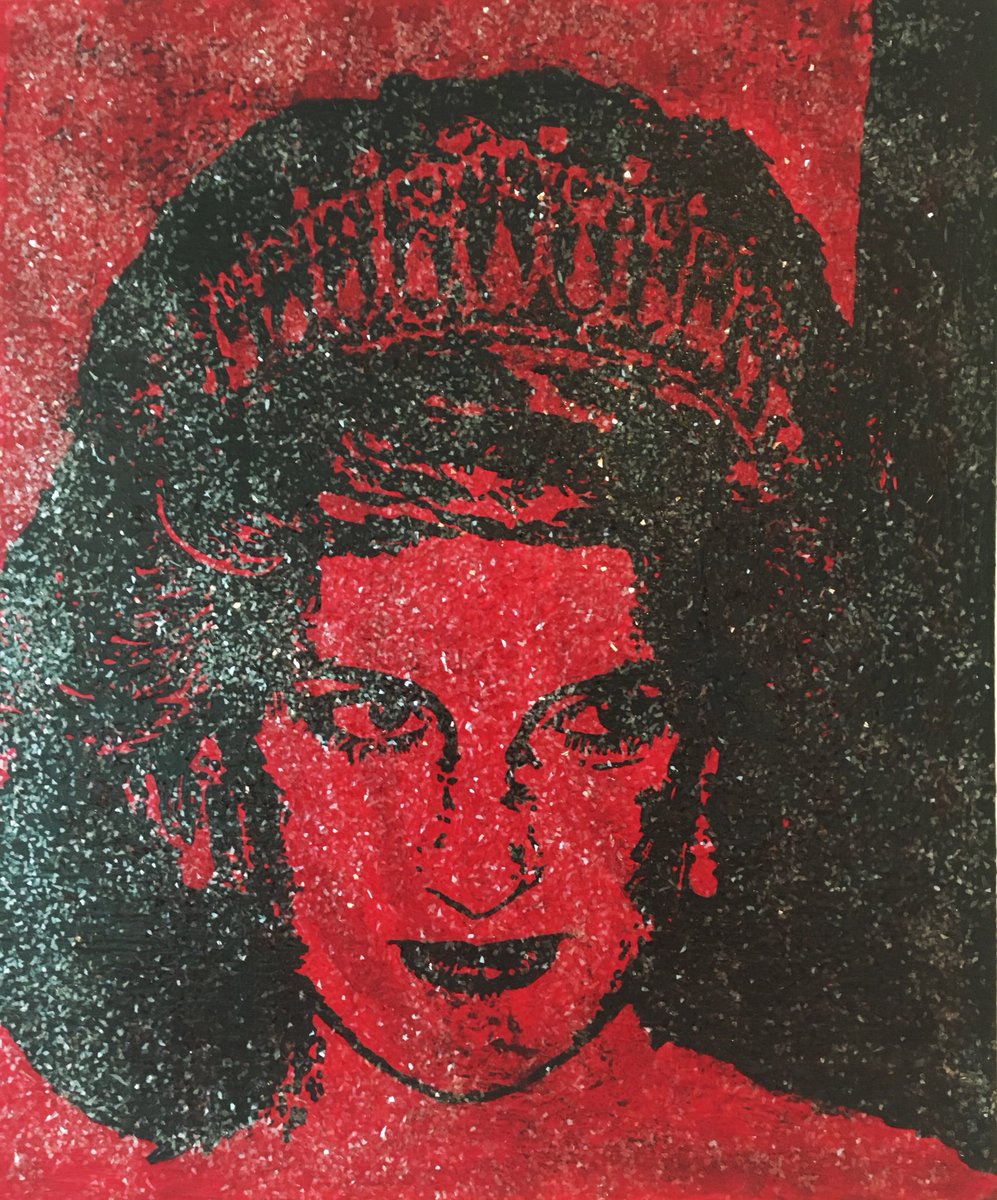 Artist Coner Collins has created both an amazing piece of art as well of a wonderful description of how HIV stigma affects those with HIV, and the community as a whole with new HIV infections.

Wrote Collins: “The world was shocked when Diana held hands with a patient with HIV. Decades later, HIV stigma is still rife. We should know the facts. You can’t get HIV from kissing. Undetectable means untransmittable. PREP and PEP work. However widespread HIV stigma, homophobia, racism and transphobia only serve to make new HIV infections more likely. The latest data in the UK, reported last year but from 2016, is that 93% of those diagnosed are now undetectable and do not pose a transmission risk to sexual partners.”

Added Collins: Despite this, people with HIV are twice as likely to commit suicide, particularly in their first year of diagnosis. The shame has to stop. The stigma has to stop. No one should be driven to this. When Princess Diana held the hand of a man dying of AIDS, few would have imagined that today treatment would exist that would see HIV-positive people living full, healthy, loving lives. When diagnosed and treated early, life-expectancy for someone with HIV is unchanged.”

Concludes Collins: “We all deserve to be loved. We all deserve to be treated with dignity. HIV is a virus. It has no conscience. It is without colour, without creed, without gender or sexuality. It is incapable of judgement. Stigma however is a choice. The HIV epidemic is fuelled by this stigma, shame and ignorance. Science can treat the disease, but it is love, compassion, respect and understanding that will finally stop the epidemic.” Towleroad

The HIV epidemic is fuelled by this stigma, shame and ignorance. Science can treat the disease, but it is love, compassion, respect and understanding that will finally stop the epidemic. pic.twitter.com/AHHErvQSsm
— Conor Collins (@conartworks) July 17, 2018