Tax concessions a $135 billion burden - more than most welfare combined 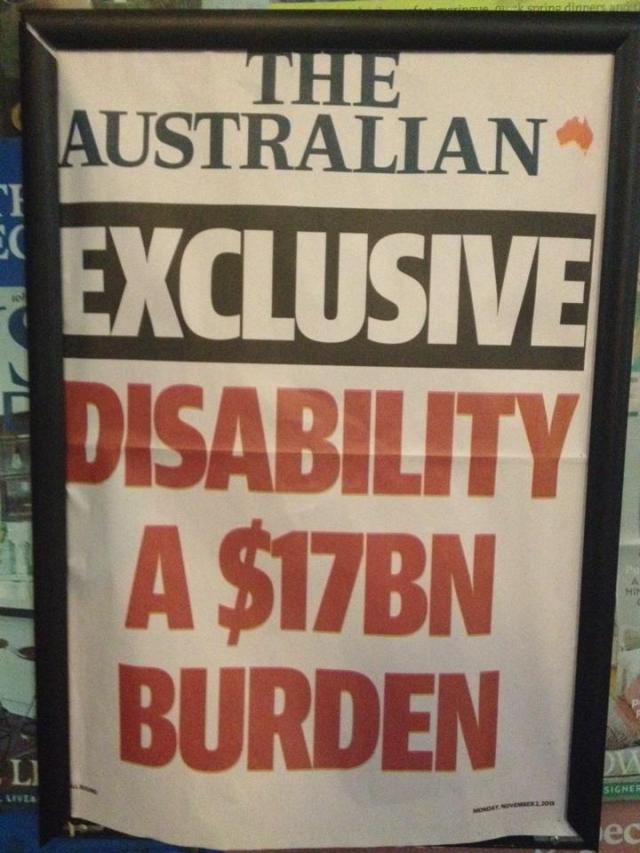 I've been pissed off about The Australian newspaper calling my pittance payment on the Disability Support Pension a "burden" ever since they published their article some time ago now. But my haven't the tables turned a bit in the last few months, with much increased examination of what tax concessions cost the federal budget, most of them going to the top 20% of income earners. Hence the title of this post. Sort of revenge. Isn't karma a bitch eh?

Sooooo, turns out me on a pittance disability welfare isn't nearly as much of a "burden" as the tax concessions being handed out left right and centre to mostly wealthy families. In fact such families get far more per fortnight in concessions than I get in my actual disability payment. Much much more. Instead of targeting us on welfare (to get chicken feed off us) who need every cent of it just to get by, how about the gov look at wealthy families getting tax concessions worth far more than our meagre payments.

Who's the real "burden" then? Someone like me who worked 30 years full time in printing, or a well off household getting more than what I get now in disability payments via tax concessions?


Anglicare, the peak body for a range of Anglican community services organisations, commissioned Per Capita to crunch the numbers on how much tax concessions cost the budget relative to welfare.

In fact, these tax concessions are costing the budget about six times as much as Newstart, a payment even business groups say is too low for job seekers to live on.

Moreover, the research finds more than half of the benefit from tax concessions goes to the wealthiest fifth of households.

"The cost to Australian taxpayers of the richest 20 per cent of Australians is actually a staggering $68 billion per annum," she said.

"Put another way, $37 from every Australian worker a week to keep on keeping Australia's richest 20 per cent rich."

The total cost of all major welfare payments works out to about $80 per worker per week, or roughly double the cost of tax concessions to the wealthiest 20 per cent of households.