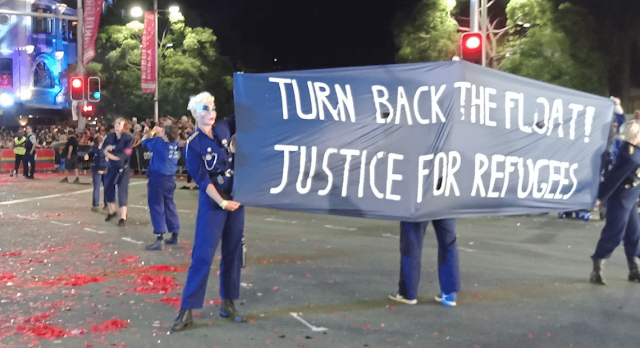 These people weren't part of the official Mardi Gras float list. They interupted the parade with this sign "Turn back the float" and stayed in front of the Liberal party float for the rest of the way.

Why in the hell the Liberals decided to have a float in the parade defies logic. Their brand is toxic to the LGBT community after what they did to us last year.


A group of activists under the auspices of “The Department of Homo Affairs” disrupted the parade and then marched the whole route in front of the Liberal party with the sign “Turn back the float. Justice for refugees”.

This was in solidarity with refugees who Australia is sending offshore. It was also in response to the #SanctionAustralia call from RISE: Refugee Survivors and eX-Detainees.

The spokesperson said that the crowd was receptive to their message, with an elder queer shouting “make the Mardi Gras political again”.

The Liberal party forcing the LGBTQIA community into a horrendous vote is just one of its atrocities. Its treatment of refugees is something that our community needs to stand against.

Some people do not have the luxury of a short memory. We have people in our community for whom marriage equality does not change their reality of violence and discrimination. And for the refugees left in torturous conditions, right now, forgetting is not an option.

As a community we need our collective memory not just for ourselves – though clearly the narrative the Liberals are spinning is a lie. We also need a collective response to the treatment of refugees.


Mardi Gras started as a protest as well as a celebration and that is what it still should be. Next year let’s hope there are more people disrupting the Liberals. In fact, let’s demand that the Liberals are not there at all. Star Observer 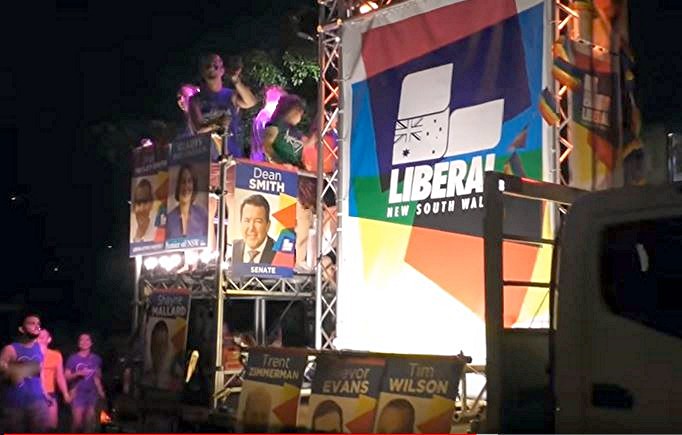