Wheet-Bix is a charity and pays no tax - WTF? 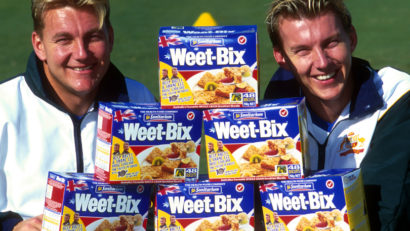 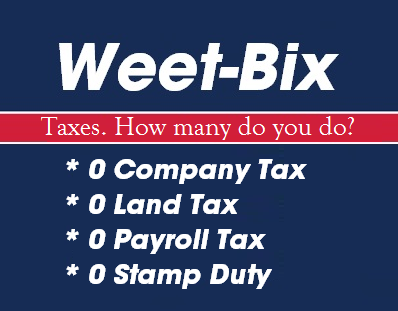 Well the tax avoidance's of late are really starting to hit the proverbial fan. All this tax enlightenment has come curtesy of the Turnbull gov who just tried to pass corporate tax cuts worth billions, attracting national attention to the tax rorts from the big end of town. The tax cuts rejected in the senate, but the beans are still being spilt in the wake of it all.

This time it's non other than the national cereal Weet-Bix. I was stunned when I found out that they paid not a cent in tax. Not a multinational corporation or a tax dodging Qantas. This is all entirely legal as Weet-Bix is classed as a charity. Yes a charity!

Turns out that the billions of $ made by Weet-Bix every year is owned by the Seventh Day Adventist church.

What more is going to come out of the woodwork over all this scrutiny? I mean FFS it's obvious that Weet-Bix is a commercial entity, not a charity. The only reason it has charity status is because it's owned by a church (with very strange views).

Why? A commercial organisation should pay tax no matter who owns it. Instead of clobbering the weakest in society as this gov has been doing, a religion should surely espouse to help the weakest and bloody well volunteer that the commercial part of their operations pay tax to the wider community. Instead they rake in the profits taking advantage of their tax free status, sucking it into their church instead of doing actual charitable work for those in need.

It's fuckin disgusting and I will never buy Weet-Bix again, or any of it's associated products, unless at least their corporate branch pay the tax it should.

As a Weet-bix kid myself, I had no idea that the dozens of supermarket items manufactured by the Sanitarium Health & Wellbeing Company, deliver tax-free profits directly to the Seventh-day Adventist Church. That Church has acknowledged investing millions of dollars generated by its “group one” entities including Sanitarium, into US-based companies.

Meanwhile, Sanitarium’s competitors like Kellogg’s, Kraft and Nestle and so on, have paid the taxes we expect companies to pay, while also returning profits to shareholders.

Tax exemptions for religions have a long history founded in the Statute of Charitable Uses 1601 (UK) preamble, which although long repealed, has informed the meaning of charity for centuries.


Over the course of those four hundred years, the charitable head of ‘advancement of religion’ has come to allow religious run business to claim charitable status. This head remains part of Victorian law today, despite being abolished in the United Kingdom in 2011.

I use Sanitarium as an example, but many large and highly profitable commercial enterprises owned by religious institutions take advantage of this charitable head to avoid certain taxes, despite operating as for-profit businesses, and despite not carrying out objectively charitable works. The Stirrer