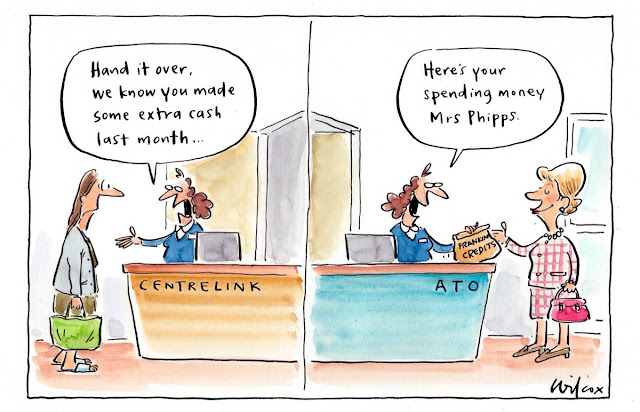 I've never heard of such a thing. Might as well be talking another language. I read the article and I still don't have the faintest idea what "tax imputation credits" are, but apparently this lurk of the well off is pulling $8 billion dollars out of gov revenue if left unchecked. Which opposition leader Bill Shorten wants to stop if Labor wins gov. 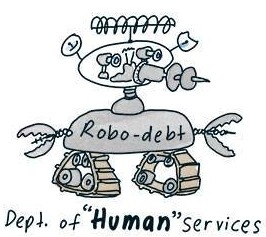 The fact that the average person in the community probably also hasn't the faintest idea what tax imputation credits are, is probably the point? They don't want you to know.

To ordinary people it's a lot of mumbo jumbo. Yet it allows such largess by those well off enough who can afford an accountant to suck money from the public purse. This  is the sort of thing that constantly happens in Australia, the well off get tax minimisation whilst the poor, under this gov get demonised, punished, and robodebt. All to scrape chicken feed out of those who can least afford it.


In a speech in Sydney on Tuesday, Shorten will characterise the current arrangements as “unsustainable largesse for high-income earners”, which, if left unchecked, will cost the budget “$8bn every single year”.

The crackdown, commencing on 1 July 2019 if Labor wins the next federal election, would affect about 8% of taxpayers and about 200,000 self-managed super funds, and will likely spark a substantial backlash from wealthy retirees and the politically influential super lobby.

The measure is a revenue bonanza for an opposition that has already made big commitments in education, welfare and health – clawing back $11bn in two years, with the estimated medium-term saving of $59bn. The Guardian

Refundable imputation credits cost ten times more than when introduced by the Libs in 2000, increase inequality & do nothing for growth. No other OECD country has them. They’re the cane toad of tax policy. https://t.co/dyHnTPNfqg #auspol pic.twitter.com/4WFZ0WDPsJ
— Andrew Leigh (@ALeighMP) March 12, 2018

I laugh at the defenders of cash-backs for franking credits arguing that pensioners will have less money to spend and it will affect the economy. They were silent when #penaltyrates were cut which has the same effect on the economy and affects far more people. #auspol
— John Wren (@JohnWren1950) March 12, 2018

Funny how the rich always complain about "handouts" to the poor & vulnerable. But scream & kick when their handouts are touched #auspol
— Sassy Leo (@Loud_Lass) March 13, 2018

I'm an arse out my pants pensioner,but I can't see why millionaires fight like Kilkenny cats to avoid paying their fair share of tax.
— readysteady (@reichie19) March 13, 2018