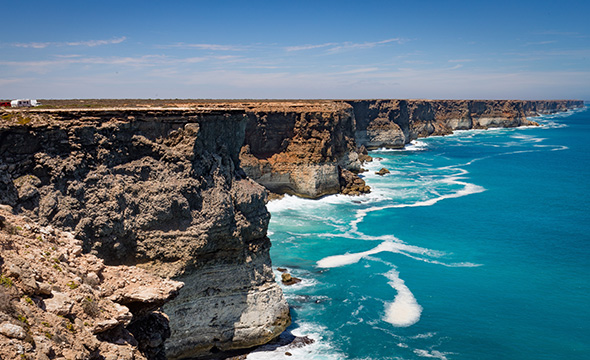 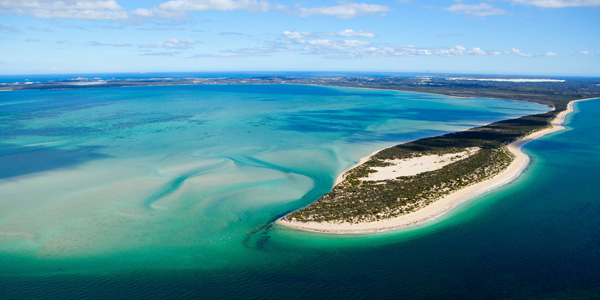 BP has since abandoned it's prospective efforts to drill for oil off the pristine Great Australian Bight, evidently after it all became too infeasible to do so. Concerns by Australia's environmental authority about an oil spill in such remote and treacherous waters, the effect it would have on an untouched ecosystem (notably a breeding ground for whales who migrate there every year, passing Sydney on the way to do so, and other species there that aren't found anywhere else in the world) not to mention the sustainable fishing and tourism industries that rely on it.

I should note here that BP when abandoning it's prospects dumped it's leases to Norway based Statoil, which has a reputation for risk taking and drilling where no one else will. The fight against the oil giants and Australia's precious offshore environments is far from over.

Under freedom of information legislation it has come to light the pitch BP was putting to Australia in it's bid to drill for oil in these waters. Incredibly, they spun that an oil spill would be good for local coastal economies because of people being employed in the cleanup. Such logic is staggeringly obscenely ignorant and considers nothing at all of the true consequences of a disastrous oil spill in the Great Australian Bight. It's even a stupid statement economically.

Plus BP's oil spill containment response system is located clear on the other side of the world, leaving the spill to go unchecked for weeks on end before they did a thing about it. Bight waves are over four times bigger than in the Gulf of Mexico. Australia has no capacity to deal with such a spill.


“An oil spill in the Great Australian Bight from a deep sea well blowout would be a disaster for fisheries, tourism and marine life,” said Wilderness Society South Australia Director Peter Owen. “The damage would be irreversible.

“A spill would be devastating for South Australia’s $442 million fishing industry and its tourism industries in coastal regions, worth more than $1 billion. The two industries employ more than 10,000 full-time positions. The Bight’s pristine waters are a haven for whales, boasting the world’s most significant southern right whale nursery as well as many humpback, sperm, blue and beak whales. It’s also Australia’s most important sea lion nursery.”

The Wilderness Society commissioned independent ocean scientist Laurent Lebreton to model oil spill scenarios in the Great Australian Bight. Lebreton’s work has been endorsed by Flinders University Emeritus Professor of Oceanography, Matthias Tomczak. Lebreton looked at what impact an oil spill like the Gulf of Mexico disaster would have on the Bight as well as three other scenarios. He modelled 1,000 spills for summer and winter conditions for the four different scenarios using 20 years of environmental data.

“The model shows that an oil spill in the Great Australian Bight could result in the closure of fisheries in the Bight, Bass Strait and even the Tasman Sea. Even a low-flow oil spill could impact all of southern Australia’s coast, from Western Australia right across to Victoria through Bass Strait and around Tasmania.

“We don’t need a Gulf of Mexico disaster in the Great Australian Bight. A winter spill lasting that long but with just 10% of the flow would most likely impact Kangaroo Island within four months, highly likely enter SA’s Spencer Gulf and Gulf of St Vincent and more than likely reach Victoria and possibly Tasmania.

“A Gulf-scale spill could destroy marine environments in the Bight and oil contamination could even reach as far as Sydney and New Zealand, with a 10% chance of hitting the South Island within six months. The Wilderness Society

As far as the South Island of New Zealand FFS!. I guess BP's response to that might have been that it would be good for the coastal communities because people would be employed cleaning it up? After growing up in NZ I absolutely know what their response would be to that! They banned nuclear warships from their harbours and pissed off the US no end in that, such as they care about their environment. The US even cut off intelligence to NZ over it despite the ANZUS alliance, but Australia gave it to us anyway so it didn't matter. NZ got the last laugh BTW as they refused to take part in invading Iraq...... but I digress.....

So here is the outing of assholes BP, splashed all over the Sydney Morning Herald. A Fairfax major newspaper, lots of reputation and nothing like the Murdoch rags. It's entirely ridiculous, disgusting, audacious, arrogant, and any other words I can't think of right now, and show's the contempt BP has for our environment, our industries and Australians. It appears BP has learnt nothing from the disaster they created for the US in the Gulf of Mexico. The sooner the world moves to renewables and strips these assholes of their power the better. They've had their time; last century.


Coastal towns would benefit from an oil spill in the pristine Great Australian Bight because the clean up would boost their economies, energy giant BP has claimed as part of its controversial bid to drill in the sensitive marine zone.

BP, which has since withdrawn the drilling plan, also told a federal government agency that a diesel spill would be considered “socially acceptable”.

BP made the statements in an environment plan submitted to the National Offshore Petroleum Safety and Environmental Management Authority in March 2016.

The company had been seeking to drill two wells off the South Australian coast, raising fears of an environmental disaster akin to BP's 2010 Deepwater Horizon oil spill in the Gulf of Mexico.

In a letter to BP, the authority said a number of statements should be removed or supported by analysis. They included BP's claim that “in most instances, the increased activity associated with cleanup operations will be a welcome boost to local economies”.

BP also claimed it had not identified any social impacts arising from the event of a diesel spill and “since there are no unresolved stakeholder concerns ... BP interprets this event to be socially acceptable”. Sydney Morning Herald