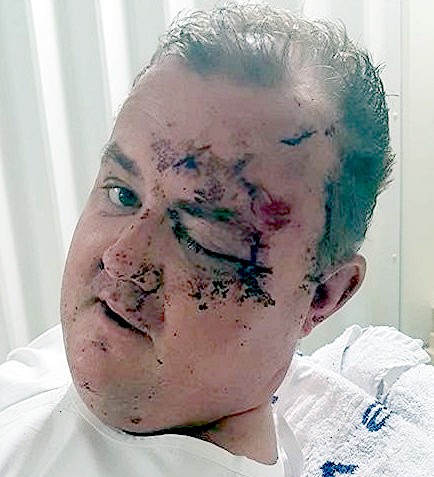 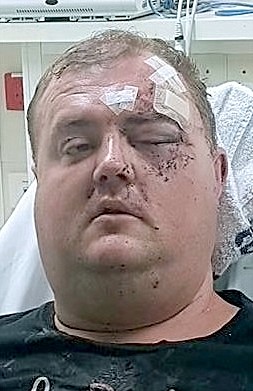 Those in the straight world could be forgiven to thinking that the LGBT have won everything now that we have marriage equality and we have nothing to complain about anymore. Alas I wish that was true, as gay hate crimes are still happening in Australia. If anything, it's clear we have a long long way to go before we can be accepted across society amongst all people as in straight marriages, or simply being straight.

Marriage equality has passed at the end of last year, but these attacks still go on. This one was in Melbourne (a city renowned for it's multiculturalism and embrace of all) in January, on Australia day. Whether the patriotism to Australia day and it celebrations emboldened yobos to once again reject gays and do a good old fashioned poofta bashing I don't know.

But bashed he was. The cops are still searching for these three assholes so if anyone down there in Melbourne knows anything you can contact crime stoppers 1800 333 000, or their website www.crimestoppersvic.com.au


Brendan, 36, was set upon after he left Sircuit Bar in Smith Street, Collingwood, after a night out with friends for Australia Day.

Detectives say he was followed by three men for a short distance before they called him a "f---ing faggot" and assaulted him, rendering him unconscious. The attack occurred at 2.45am on Saturday, January 27, on Smith Street between Victoria Parade and Mason Street.

Brendan was left with cracked ribs and a fractured skull. He couldn't open his left eye for about three weeks.

The medical insurance worker said on Monday he hoped no one would be deterred from going out at night as a result of the attack.

"I don't see myself as a minority... [The attackers] need to get out more," he said.

"I don't want people to look at this and think they need to stay home and hide from this. I think more people should go out and enjoy life."

Yarra Ranges Crime Investigation Unit detective Shane Flannery said the men appeared to be Caucasian and were wearing dark clothing, though it was difficult to tell as CCTV footage from nearby buildings did not pick them up.

"No one came forward to police at the time to say that they witnessed it, which is why we're appealing now for them to come forward," Detective Senior Constable Flannery said.

The offenders fled after the attack, while Brendan was helped by friends who rang an ambulance.

"It's a homophobic attack on someone that was walking in the street and minding their own business," Detective Senior Constable Flannery said. The Age