Noticed online today just by chance, that Roger Waters (of Pink Floyd) has a new tour going. The Wall. Anyone who knows Pink Floyd would remember The Wall double album released in the early 80's. It has such classics as "Another brick in the Wall", and "Comfortably Numb". Pink Floyd is my all time favourite band. Sadly they lost Richard Wright in recent times to cancer (keyboardist), the end of an era. Fortunately though Roger Waters has kept the music alive and continues to tour with it. I saw his last tour when they came out here and he and his band performed "Dark Side of the Moon" from beginning to end, it was the most authentic to the album live performance I've seen of it.
David Gilmour (lead guitarist) is generally too busy these days with his family life to go on tour, but he did make a guest appearance in the Roger Waters tour recently in London. The official video of it they don't want embedded, but this one has better sound anyway. Although the person filming it seems to have a bit of trouble focusing sometimes. Roger Waters and David Gilmour, Comfortably Numb: 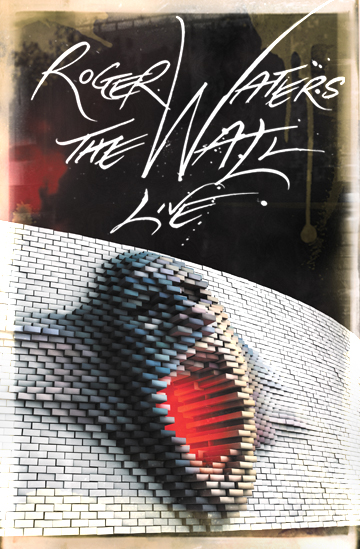 An unexpected and pleasant surprise. Gives me something to look forward to. They were pre-sale tickets only available yet too, through Visa. Not on sale yet to the general public, unless you bought them online with a Visa card. They're here in Feb.
Been a difficult week this last one. Still feeling the effects of that episode last weekend thinking strongly about suicide. Has been hard to get up in the mornings to get to work. It may sound like a small thing, but the new MP3 player has been a big help at work. Sometimes have been completely non-motivated and felt like going home. Some good music in my ears though helps to get my mind off things and carry on with work. Also have had some sort of flu/cold thing, aching all over, but need the money so have had to force myself to stay at work.
Seeing the head shrink again Monday. He always wants to see me more frequently when I'm having suicidal thoughts.
Posted by Unknown at 12:58