I've continued to feel better and better emotionally about things over the last few days. It's like I'm being much more honest with my feelings and acting accordingly. There is now more harmony between how I feel and what's going on in life generally. I expect this is all part of standing up for myself of late, and doing what's right for me, and not worrying about what other people think of it. So they don't agree with my actions in ending the friendship with them, so fuckin what? That's their problem, not mine. Sometimes you've just got to do what's right for you, and fuck them.

It's been an issue with me for many years, particularly being the primary carer for my dying wife over a decade or so. That, along with a young daughter, it was just never about me; I always put them first. I've been told by a few people in the last years, pointing out that those days are over now and it's my turn to find myself, to find some sort of happiness in life. And yet it often doesn't seem to sink in. I end up worrying about everyone else, then in the end that fucks up everything. They take the power in the friendship/relationship, and it all ends up one sided. It's all about them, and whatever I do is wrong. Interestingly that's exactly what happened with my wife, and I ended up going to a psychologist before I realised what was going on.

And so now here it is again, I've fallen into that behaviour recently with other people. I remember too my wife hated the psychologist as it meant that she had to relinquish power as I stood up for myself. Perhaps this is what's happening again with these other people today? Suddenly I've decided I have to think about myself again and how I  feel, even though it's at odds with them and their lives. But it's a hugely important thing for me. To not be in harmony with your feelings is a terrible stressful thing. To blame yourself for their behaviour is horribly wrong for your self esteem. In reality they need to take responsibility for their own behaviour, and not blame anyone else for it.

Simon hasn't been stranded by the flooding up there in northern New South Wales, and is on his way on the bus. I just texted him to confirm. A bit hard when he's traveling as in between every town the signal usually drops out completely, but he eventually gets the message. He rang last night and as expected he wants to have a couple of drinks after such a long trip (not getting into Central Station until about 9pm) and wants to walk up to Oxford st and drink there. Is Monday night so shouldn't be too crowded. I can't stand being in some of these pubs when they're full of people as it's just too loud and claustrophobic.

Daughter gave me a little booklet she got from somewhere. The Mardi Gras is nearly upon us. I may go to something this year. Dunno about the parade, it's always so terrible crowded. But I may, might enjoy it this time after my years of dramatics. The Drag Races on Bondi Beach look like a real laugh too: 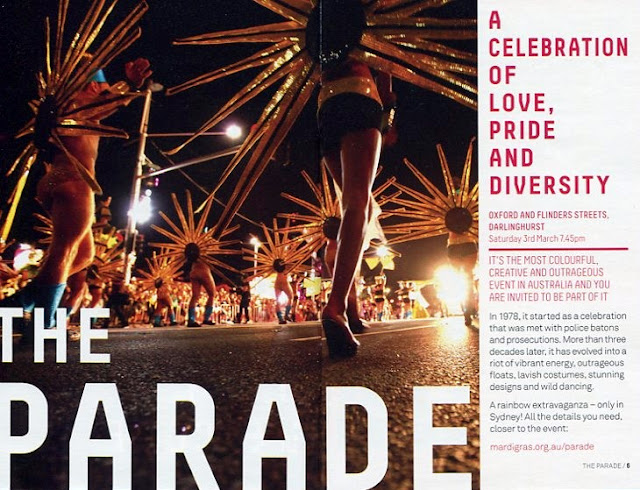 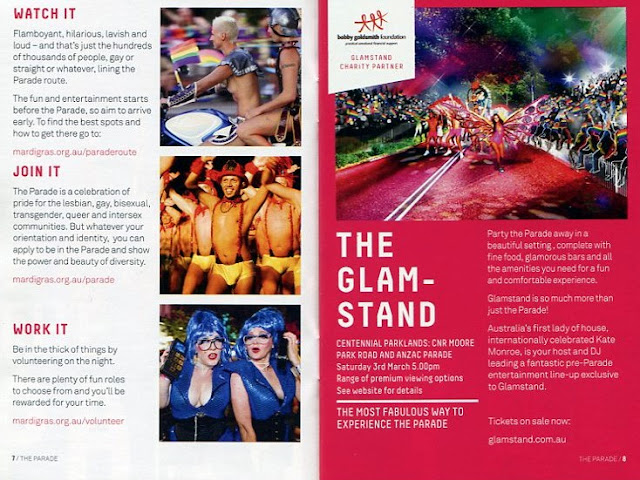 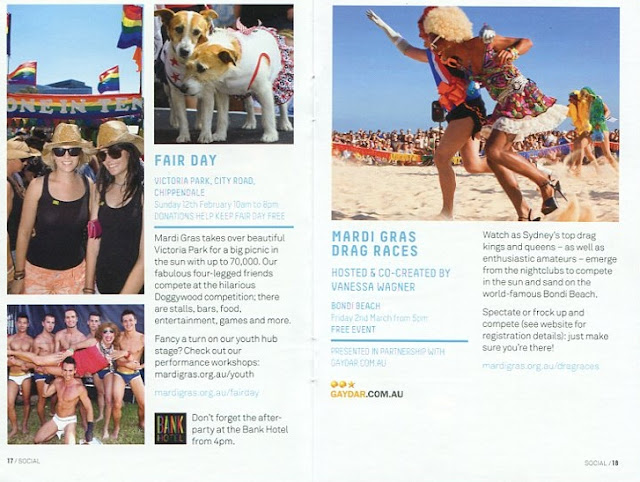