It's Spring in Sydney. Was reminded of it at the bus stop leaving work on the 1st Sept. Noticed the tree across the road, and remembered last year when it was covered in yellow flower things. Dunno what sort of tree it is, or even if it's a native to Australia. But it looks very nice. Doesn't last long, only a week or two and they all drop off. 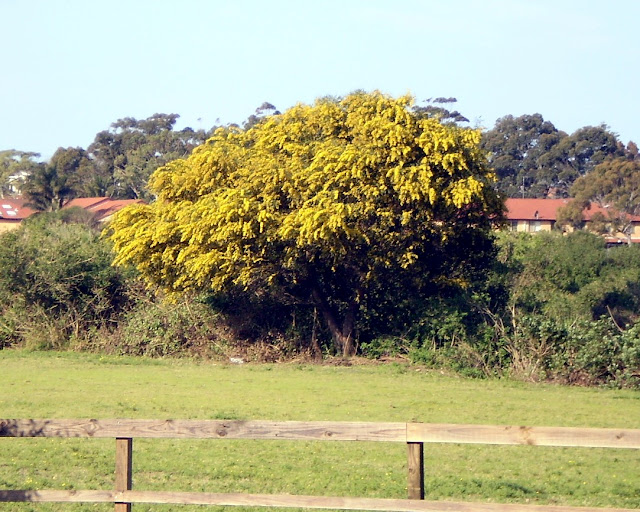 Makes me think of new life. New beginnings. All the plants are flowering now, as we had a very warm last month of winter. Strange after all that intense cold, then to have an un-seasonally warm month. I stopped wearing my winter jacket to work a couple of weeks ago as it was too hot, even in the early mornings.

Finished the week at work. Did the whole 5 days. By the end of the week it was really hard going. Made sure I did it as it's the last 5 days. Next week I'm off Mon and Tues. , and only work Wed-Fri. Will find out next week exactly what I'll get after tax as I started this week with Wed-Fri.

Have had a couple of evenings at the pub. Don't think it helped with work going Thurs as I ended up with a terrible headache and backache on Fri. Just took Panadol for it. Wasn't so bad after a few hours. Will be having to stop going there so much now, simply because of money.
Posted by Unknown at 13:15