Went to the doctors today and had him certify my ID stuff for the gov bureaucracy that will be getting the application re my super funds. He couldn't believe how much stuffing around it's been so far; about 3 months to finally get to the point of filling out the application itself. He took my blood pressure which was a bit high at first but after another couple of times the reading was OK. Gave me another prescription for the extra blood pressure pills he put me on the other month. Had me get on the scales too as I told him I'd been loosing weight and was starting to get a bit worried about it. He said it was OK though as it's fine to be a bit underweight.

My appt was at 12, and it was such a nice day afterwards I decided to walk through Hide Park and get the bus home from the other side of it. Hide Park is in the city not far from my doctors. I've been there before obviously, but I was amazed this time at how green everything was. We've had way more rain than normal this December, and it's been the coldest December in decades. I've been here since 1985 and I can't remember it ever being this cold. Haven't had the air conditioner on in the bedroom once this month. Last night I even turned on the electric blanket, unheard of in December. 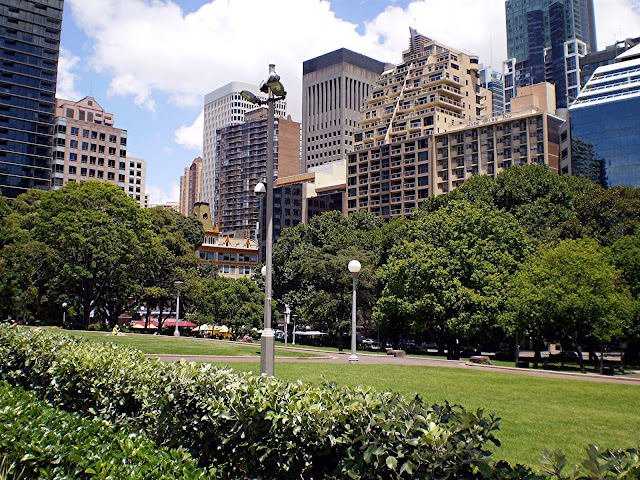 I got really interested in the contrast between the city buildings and all this intense greenery. I've never seen the park look so alive. 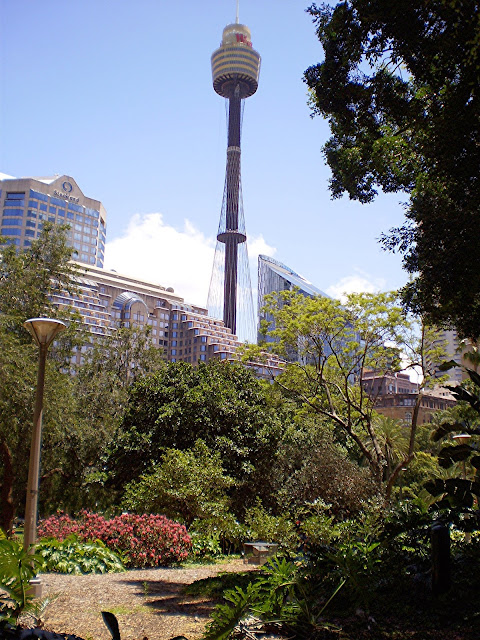 I like the one of Centrepoint a lot, sort of coming out from behind the trees. 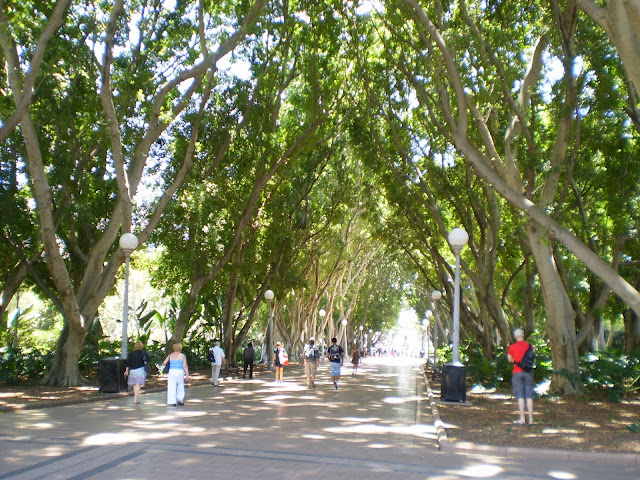 This was in the middle of the park, the trees growing over the top of the walkway completely. The breeze was lovely under there.

The war memorial was looking at it's best today too. 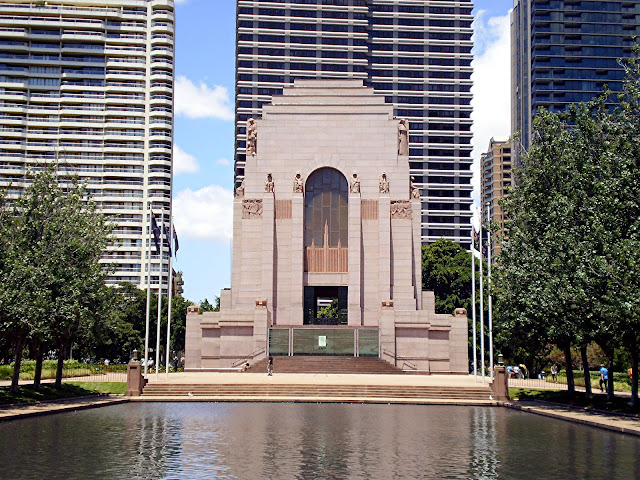 Usually December is stifling hot and many plants are struggling for life around the place. Today was a nice temp and full of life. A very nice walk.
Posted by Unknown at 14:35