Saw the psychologist yesterday. The main thing I got out of it this time is how little I'm feeling the Christmas nightmare this year. Past years have been very bad, especially in the lead up to it. There's a lot of anniversaries of some terrible things that have happened around that time, and including Christmas day itself. Aren't feeling over the moon or anything, and still not into the whole Christmas thing, but not incredibly depressed about it either. Perhaps I've finally started turning the corner.

He also mentioned that the last Planet Positive for the year was this Friday. I thought I'd missed it as I was at the Midnight Shift last Friday night and the bouncer told me it was the week before. But he'd gotten it wrong and it's actually this week. Think I may go to this one, as have only been to one this year. 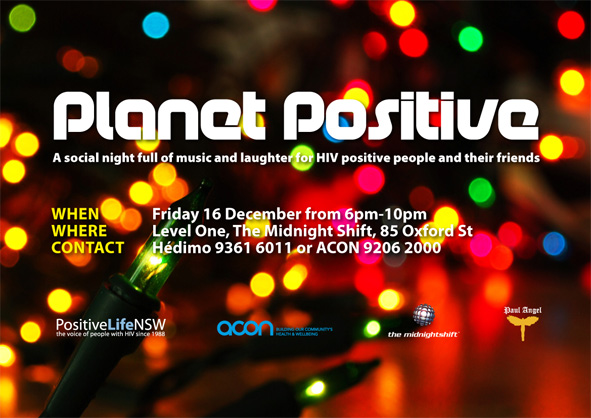 At least an opportunity to get out.
Posted by Unknown at 11:38