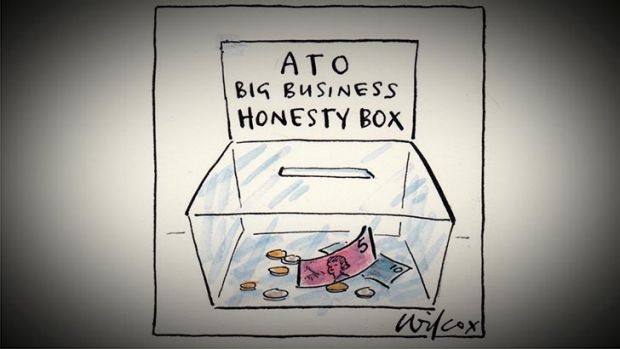 Out of the 125 members of the Business Council of Australia (BCA) 50 of them paid no corporate tax, according to figures in the most recent tax transparency report put out by the tax office.

The BCA has successfully lobbied the gov for a tax cut of $24 billion, bring the company tax rate down to just 25%. However according to the tax transparency report, as a group BCA members are already paying only 24.3% anyway. It's a tax cut they simply don't need.

Add to this the gov backing penalty rate cuts for the low paid, and it's outrageous use of robodebt to hound the sick and poor literally to death in at least one case, and the picture becomes very clear...


But the Australian Tax Office’s tax transparency report shows the BCA’s members paid an effective tax rate of just 24.3% as a group in 2014-15 – the most recent year for which data is available.

The effective tax rate is the amount of tax paid as a percentage of taxable income each BCA member reported to the tax office.

The report shows less than a quarter of the BCA’s members paid the statutory tax rate of 30% in 2014-15. It shows 50 members paid no corporate tax, while 11 paid no tax on their taxable income. The Guardian