The gov's hurried and panicked changes to the Native Title Act, designed to circumvent Aboriginal people to enable the Adani coal mine to go ahead, have failed to pass the senate.

This is a huge set back for Adani, as currently it's purported Land Use Agreement it claims to have with Aboriginal people to mine their land is worthless, as the law presently requires full agreement by all members of council.

The gov assumed this was going to be a breeze to get through the senate, however they haven't counted on community support for Aboriginal people to control their own destiny and land use.


Senior spokesperson for the Wangan and Jagalingou (W&J) Traditional Owners Council Mr Adrian Burragubba said, “We have fought hard against this change to the native title law. This is a major setback for Adani and the Qld Government, and their backers in the mining lobby, who thought the amendments would help them circumvent the legal challenge we have mounted to their purported land use agreement.

“The Wangan and Jagalingou council will continue to pursue Adani’s sham land use agreement through our litigation in the Federal Court.

“It is clear this controversial Bill does not sit well with many Labor and crossbench MPs, and the incompetent rush with which Attorney General Brandis went about it added insult to injury.

“While we welcome Labor’s resistance on some elements of the bill, which has prevented its passage through the Senate, it doesn’t diminish their unacceptable support for the key measures.

“The Senate Inquiry’s recommendations, backed by Labor, wind back Aboriginal rights after the Federal Court restored the balance in the Native Title Act. But if the amendments Labor supports are eventually passed, it will strip away protections and hand mining companies like Adani the means to divide and conquer us.

“The Parliament must go back to the drawing board on Native Title reform and deliver a just outcome that protects the integrity of our decision-making and our right to self-determination”, he said. Wangan & Jagalingou Traditional Owners Council 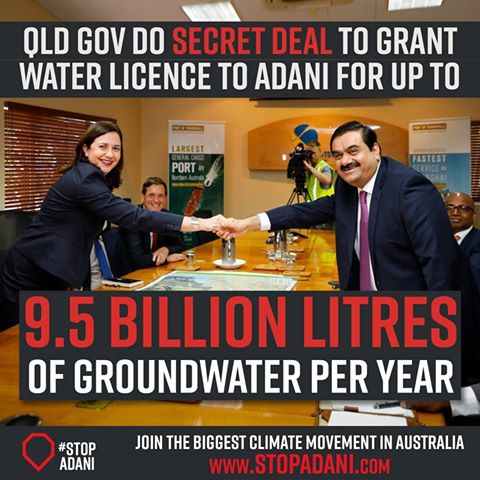