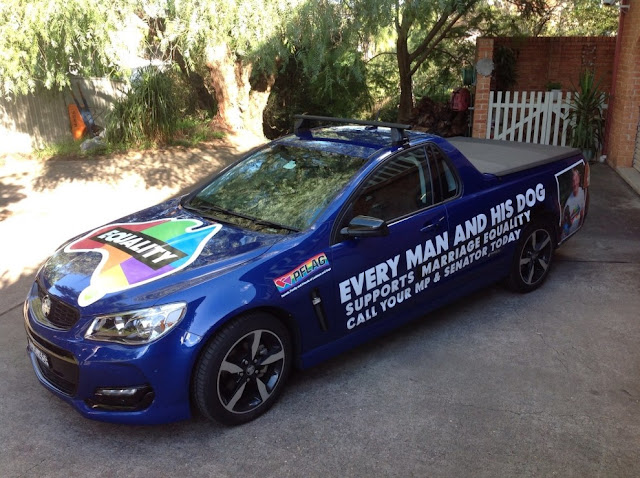 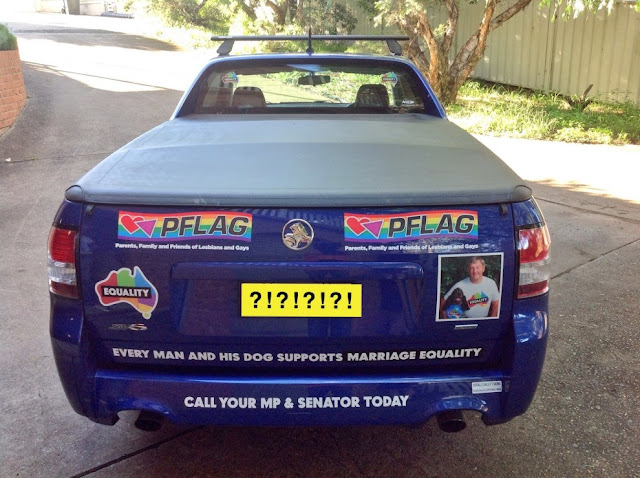 A previously homophobic father in Sydney, after his son came out as gay 12 years ago, has changed his thinking and now supports marriage equality. His reasons for doing so are simple logic - it's a human rights issue.

He has also plastered his near new ute with marriage equality signs.


“I spent nine years in the army, I’m a Vietnam veteran, I was a plumbing contractor,” he said. “I was conditioned to be homophobic, and then one day my son comes out to me.

“I had to ask myself the question – what is it about gays that I didn’t like? After that, I decided it was unfounded fear, ignorance and prejudice. Then I came to the view that my son wasn’t equal in law and that really got up my nose, so I became a very strong advocate for marriage equality.

“I’d had this talk with some people and I said, ‘Every man and his dog supports marriage equality’. And I thought, I’ll put that on my ute!” 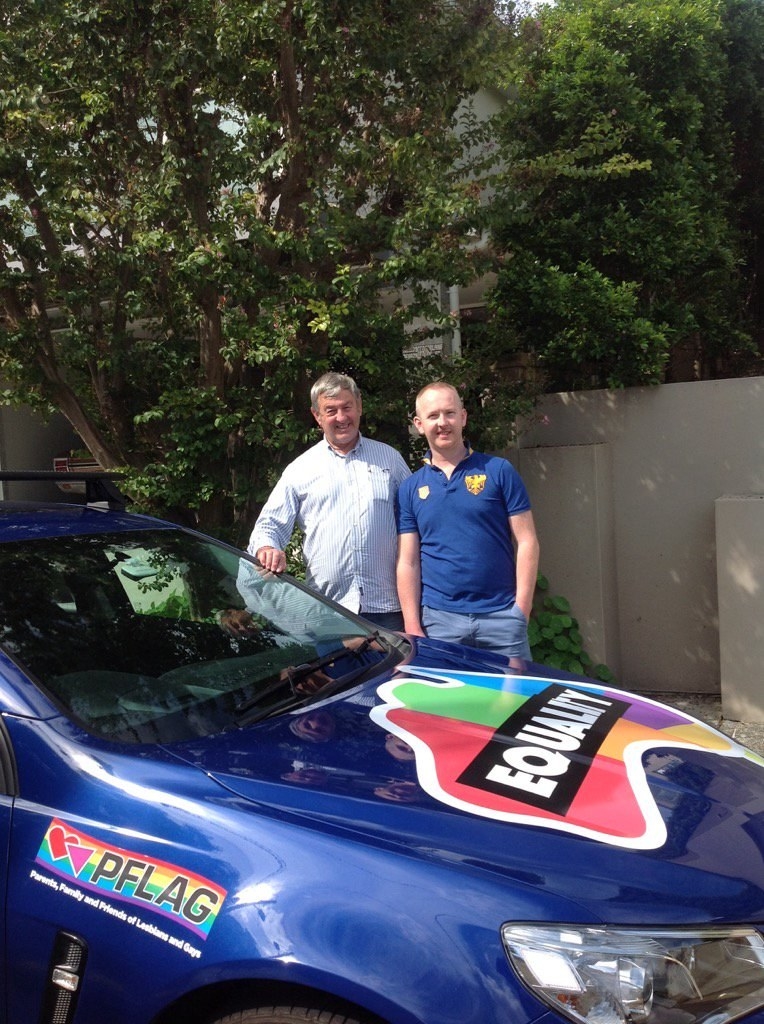