In a gross display of Islamic extremism to Chechnyan LGBT people, the president of Chechnya has said that he wants LGBT people eliminated in the country by May 26th being the beginning of Ramadan.

This is genocide of a minority.

For whatever political or religious reason, this is a cowardly act to aim death and destruction at a helpless minority. Ramzan Kadyrov may appear to be tough by doing so amongst the homophobic nation that is Russia, but in reality he appears to be extremely weak by western standards in that he scared shitless of a few poofs.

Us in the west can see his fear. Fear of difference. Fear of Muslim extremism that he might offend. To us he's a gutless wonder. Yet this gutless coward is waging war on our LGBT community that exists in Chechnya. Surrounded by his "manly" gov of scared fools.


The president of Chechnya has issued a chilling warning to gay men in the region.

Britain’s deputy foreign secretary revealed the terrifying threat from the Chechen leader while taking an urgent question on the situation in parliament.

Sir Alan Duncan, Minister of State for Foreign and Commonwealth Affairs, told parliament: “Human rights groups report that these anti-gay campaigns and killings are orchestrated by the head of the Chechen republic, Ramzan Kadyrov.

“He has carried out other violent campaigns in the past, and this time he is directing his efforts at the LGBT community.

“Sources have said that he wants the [LGBT] community eliminated by the start of Ramadan.” The minister added:

“Such comments, attitudes and actions are absolutely beyond contemptible.”

PinkNews has spoken to the Foreign Office, who verified that President Kadyrov had made the threat in local Russian language media, seen by the UK government.

Ramadan starts on May 26 this year, and is widely celebrated in Chechnya, which is a predominantly Muslim area. Pink News 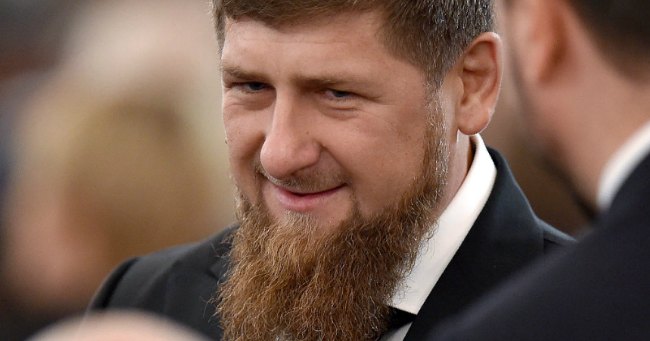