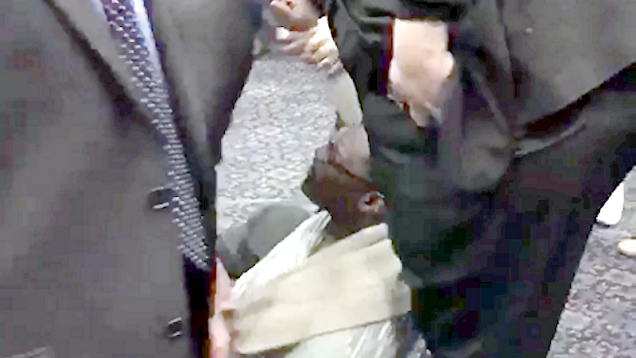 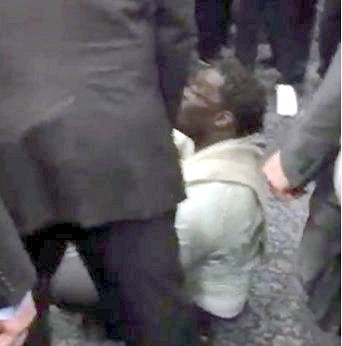 Can it get any worse with Trump? In other countries he'd be had up for inciting violence. I was reading yesterday too that his father was a member of the KKK, a fact I'm sure isn't lost on his supporters. If this is the way he runs his campaign rallies then imagine what he would do as president? I don't think the press conferences would be very pretty put it that way.

So a day or two ago another protesting black man was chucked out of one of his campaign rallies. As usual it wasn't pretty. This time there were vile insults flung at the guy from Trump supporters, most notably (as can be heard very clearly on the below video) a man saying determinedly to "Light the motherfucker on fire".


Protesters disrupted Donald Trump‘s Las Vegas rally tonight, and as they were dragged away, some of the rallygoers shouted them down.

Some protesters could be heard chanting “Black Lives Matter!” and in various videos posted tonight, the Trump supporters can be heard shouting pretty blunt things.

As security tried to remove a black protester, one rallygoer shouted, “Light the motherfucker on fire!” Mediaite

Trumps campaign has descended into a hate fest train wreck.