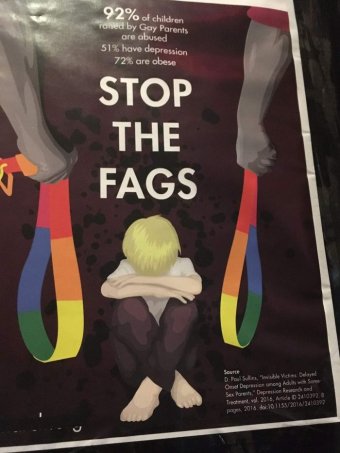 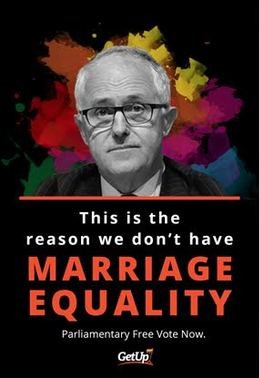 Abetz says LGBT marriage will mean people marrying Sydney harbour bridge. Abbott says it's not about marriage but opening the door to darkness. These are both gov ministers.

Now Turnbull has the audacity to claim he cares about us, after unleashing the crackpot fringe dwellers on to us. The above poster has appeared in Melbourne, full of lies that have long been disproved.

All this because Turnbull has no balls. Now we have to pay the price for his spinelessness. It beggars belief he could say this.


As Australians prepare to vote in a postal survey, Mr Turnbull acknowledged people were likely to say things that are "hurtful, unfair and sometimes cruel".

But rather than stifle free speech, Mr Turnbull said Australians should stand up for any friends and loved ones feeling distressed "at this challenging time".

"This is a time to put your arms around them, to give them your love and support," he told 2DayFM. ABC